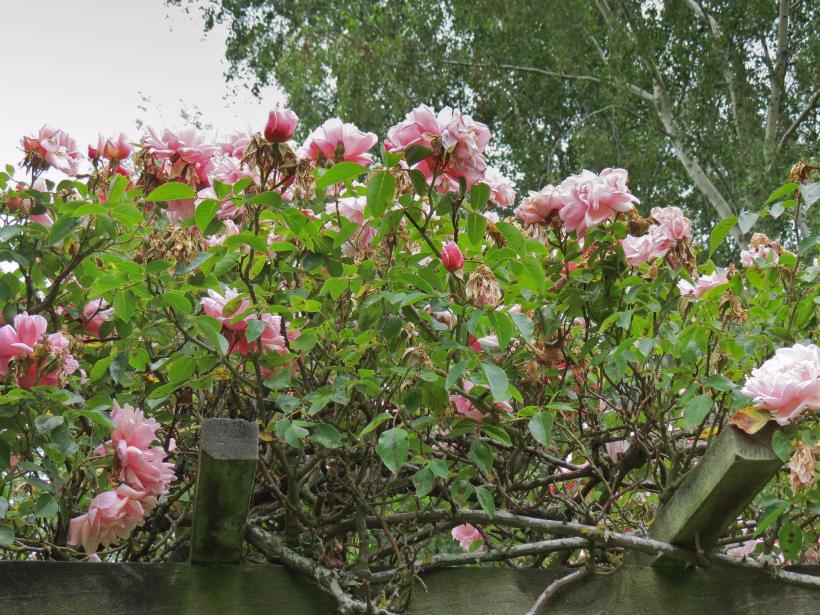 The grounds, of approximately 4.5 acres, which were once orchards and hopfields, have been transformed into a series of gardens, featuring many hundreds of roses. Many of the roses are of the old-fashioned variety, as well as gardens of David Austin roses and a collection of roses by the Australian rose breeder Alister Clark. The gardens also feature masses of perennials including many species of iris, daylillies, pinks, phlox and ground covers. Thousands of daffodils bloom in the spring alongside the lilacs, viburnums, crab apples, philadelphus and other spring flowering shrubs. The garden also features a number of varieties of exotic trees such as birches, maples, liquid ambers, wisteria trees, oaks, gleditsias, a tulip tree and Norway cut maples. Many of these are noted for their beautiful autumn foliage, seen at their best in April and May. Water iris, roses and native trees surround a large pond. Open 1000 - 1700 October to April (Closed May to September). Open by appointment. Potted plants for sale.