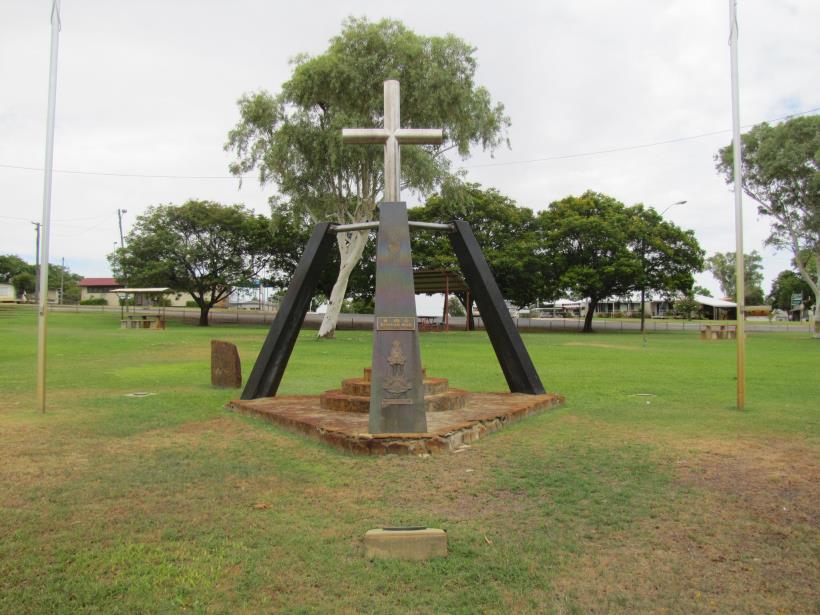 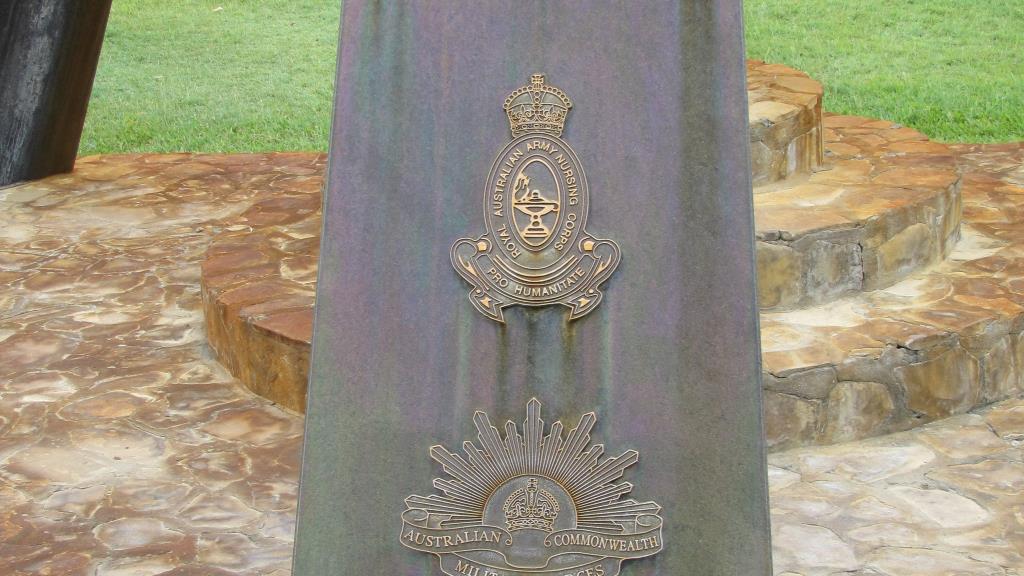 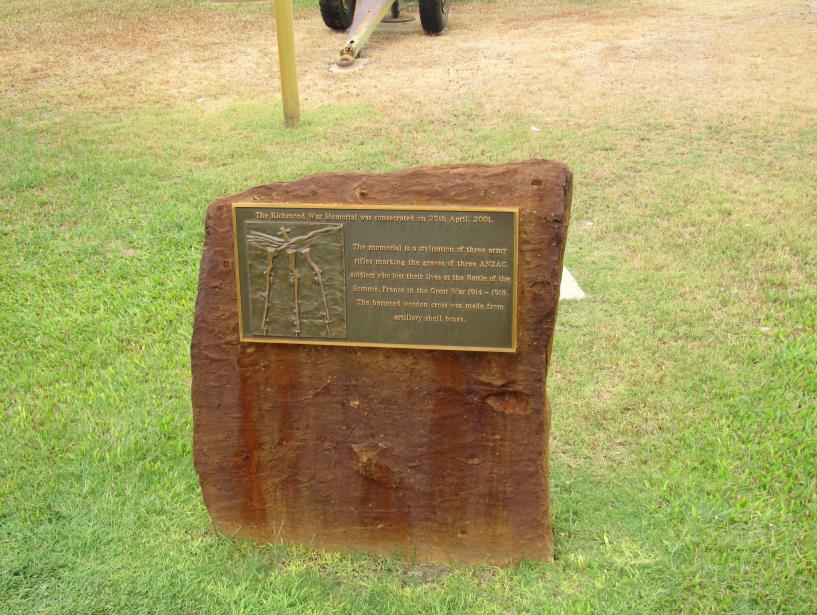 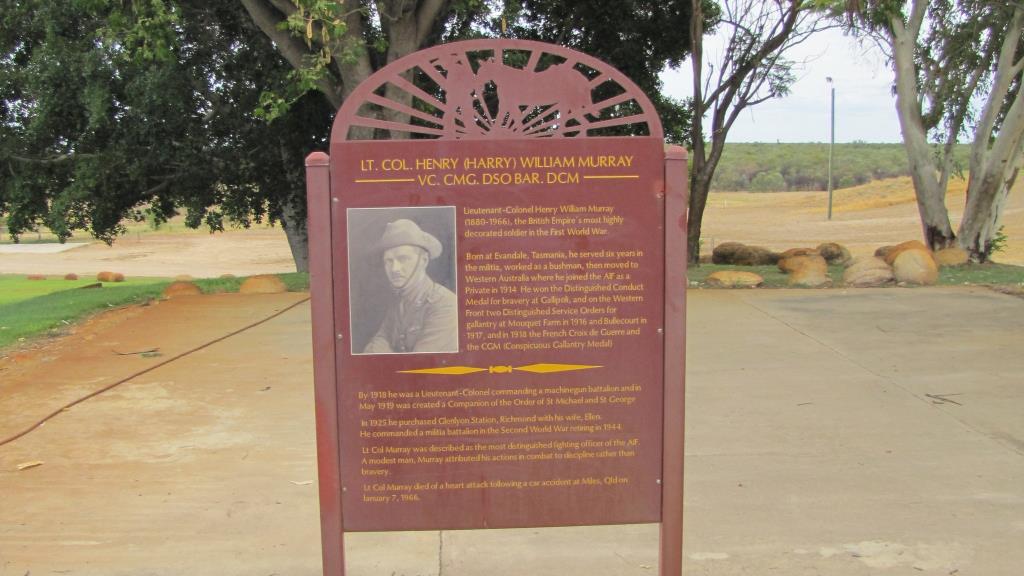 ANZAC ceremonies invariably close with the words 'Lest we forget'. In the outback town of Richmond, a memorial to those who fought in WWI was dedicated on 25 April 2001. The Richmond war memorial is a unique monument: a steel crucifix stands supported by three stylised rifles, marking the graves of three ANZAC soldiers who died in the bloodiest of WWI battles, at the Somme in France during 1916. About 1 million soldiers, British, Australian, French and German, died during five months of battle over 12 kilometres of ground. Australia's loss of 60,000 young men throughout the Great War led to an unprecedented outpouring of grief, the birth of the ANZAC tradition of mateship, loyalty and courage, and the emergence of public monuments honouring the volunteer recruits who went to fight for the British Empire. Richmond's memorial includes rolls of honour for individuals from the region who served and died in WWI and subsequent international conflicts. Jack Browns Lions Park is also home to a memorial to Lieutenant Colonel Henty William Murray VC, described as the most decorated infantry soldier of the British Empire during WWI. He lived at Glenlyon Station, Richmond from 1928 until his death in 1966.