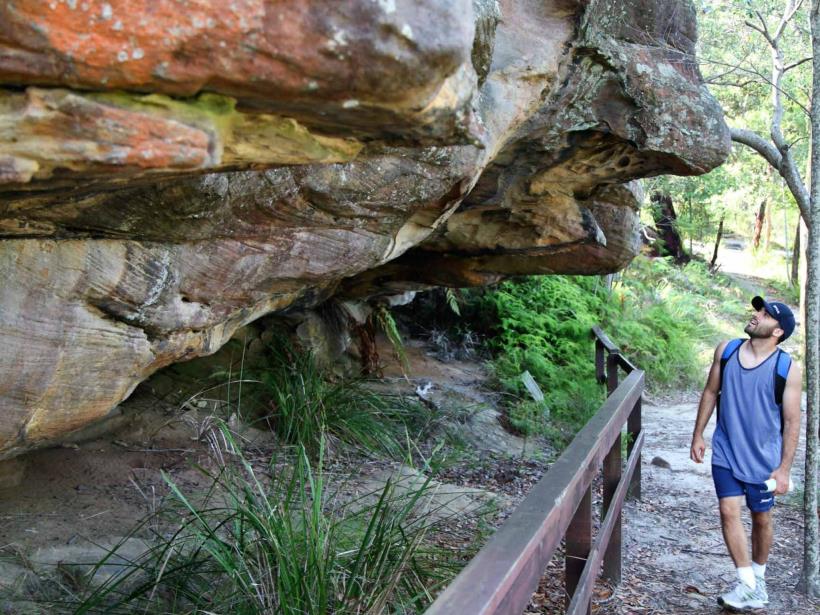 For an opportunity to see one of the most famous Aboriginal heritage sites in Ku-ring-gai Chase National Park, Red Hands Cave walking track is the route you're looking for. Head out from Resolute picnic area on this easy bush track to see rock art of the Aboriginal people of the Guringai Nation. Arriving after a short walk through the red gums, you’ll discover the cave with ochre hand-prints. Pause for a moment to reflect on the lives of the people whose palms are now immortalised. The Guringai Nation extended from Broken Bay in the north to Port Jackson in the south and as far south-west as Lane Cove River. There are six clans within the nation, and it’s the Garigal who lived at West Head. Retrace your steps, or if you’re inspired to experience more, continue on the Aboriginal Heritage walk for another four kilometres before returning back where you started at Resolute picnic area.