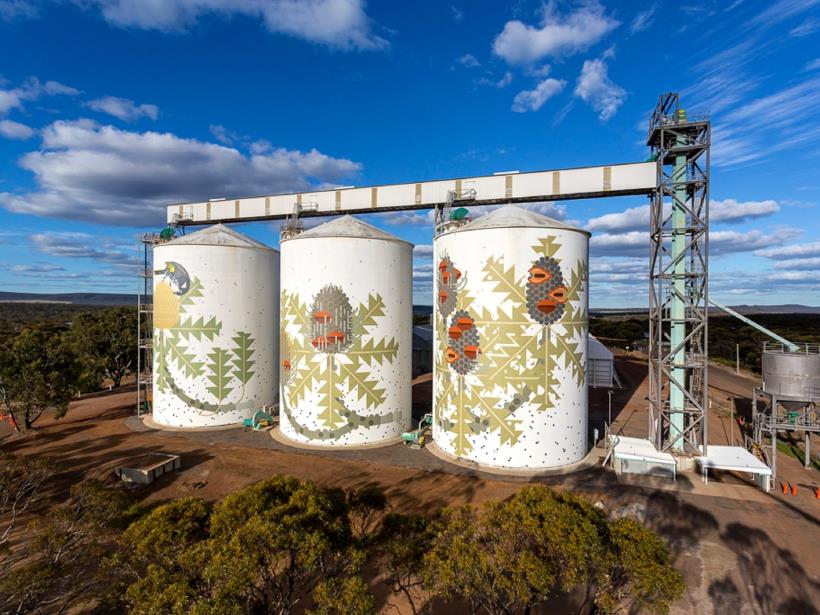 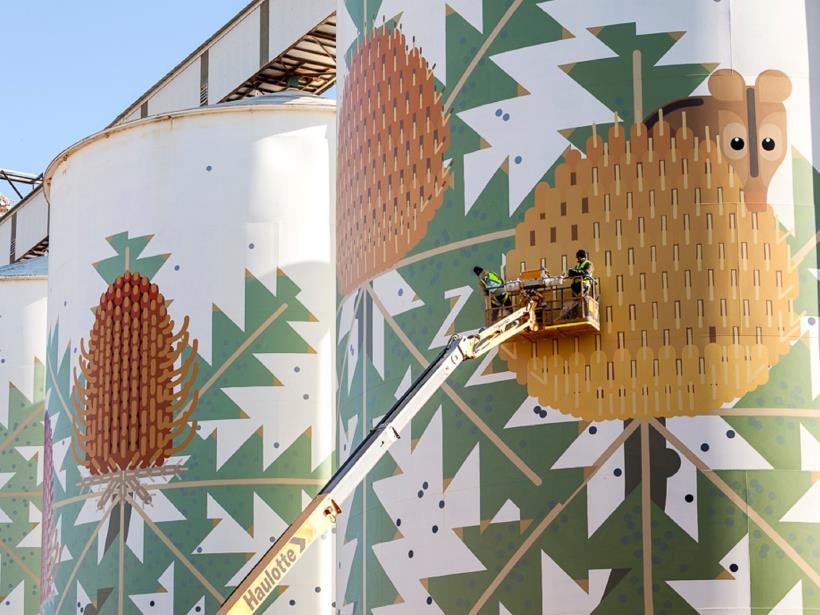 Public Art in Ravensthorpe’s Six Stages of Banksia baxteri is a 25 metre high wildflower inspired mural painted across three CBH Group silos in Ravensthorpe, Western Australia by acclaimed Fremantle-based artist Amok Island. The project, which entailed 31 days, 338 litres of paint and countless trips up and down the silos in a knuckle boom, is the second in a series of monumental street art murals on grain silos delivered by FORM in partnership with CBH Group over the last 18 months. The first, in the Wheatbelt community of Northam in March 2015, was Australia’s first silo mural project. Six Stages of Banksia baxteri is Amok Island’s largest mural to date and and incorporated native Western Australian wildlife and flowers to fit with the region’s strong links and connection to wildflowers.