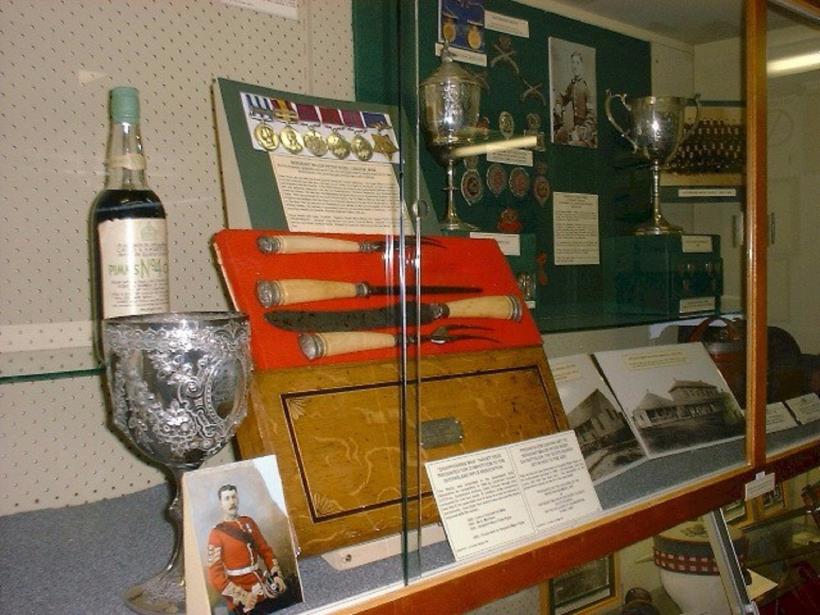 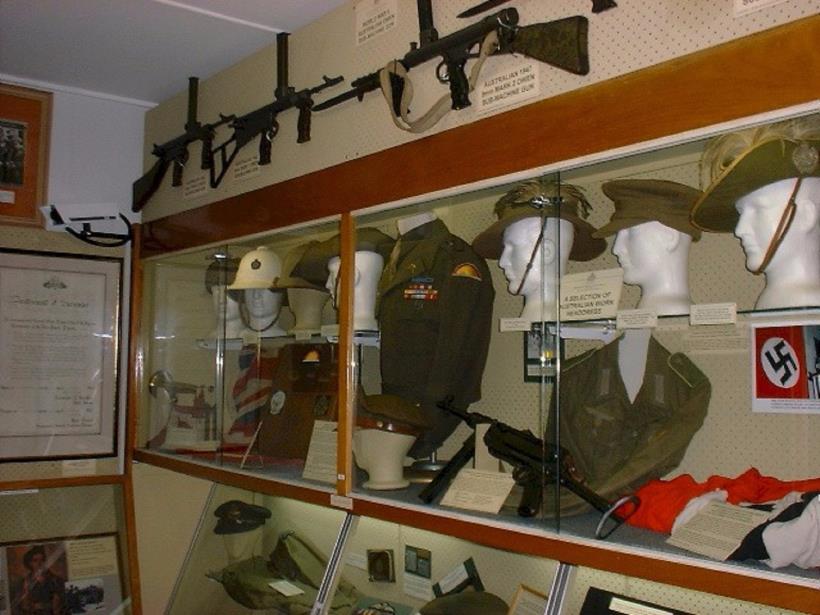 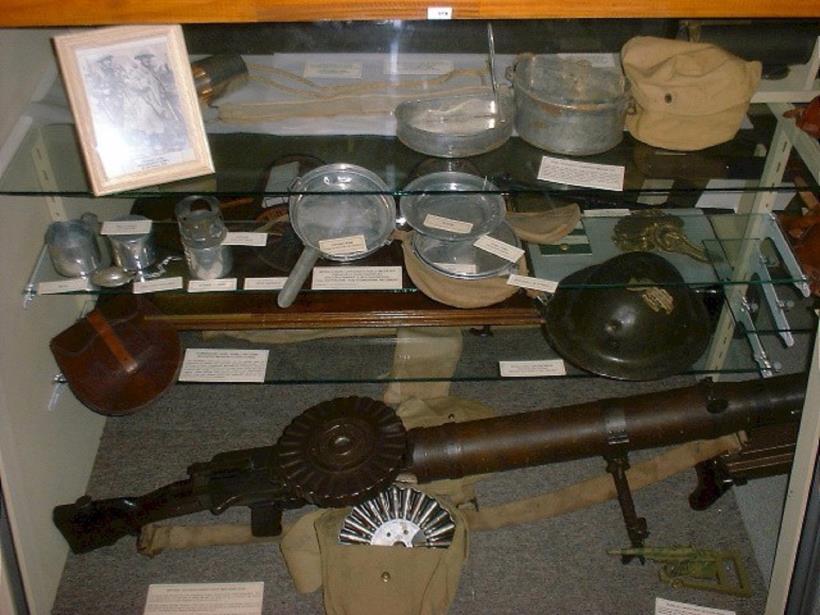 The General Sir Arthur MacDonald, KBE, CB, Annex of The Queensland Military Memorial Museum presents displays of education interest in Queensland's military heritage with uniforms from 1857, medals from the New Zealand (Maori) Wars to present days, photographs from pre-Federation Queensland, weapons from an 1800 'brown Bess' musket to modern firearms and swords including Queensland Defence Force bandsman's items, trench and convalescence art, and other memorabilia of pre- Federation Queensland Defence Force personalities. Queensland raised and later disbanded units of different eras, and of Queensland service personnel of Australia's involvement in peace and war. Several historical flags are displayed such as the Great War regimental flag of the 26th Australian Infantry Battalion, made by girls at All Hallows' School and the regimental flag of the 2/26th Battalion of the Eight Division, carried after the Fall of Singapore, hidden from the Japanese through Changi and the Burma-Thai Railway. Over 2,000 items displayed.