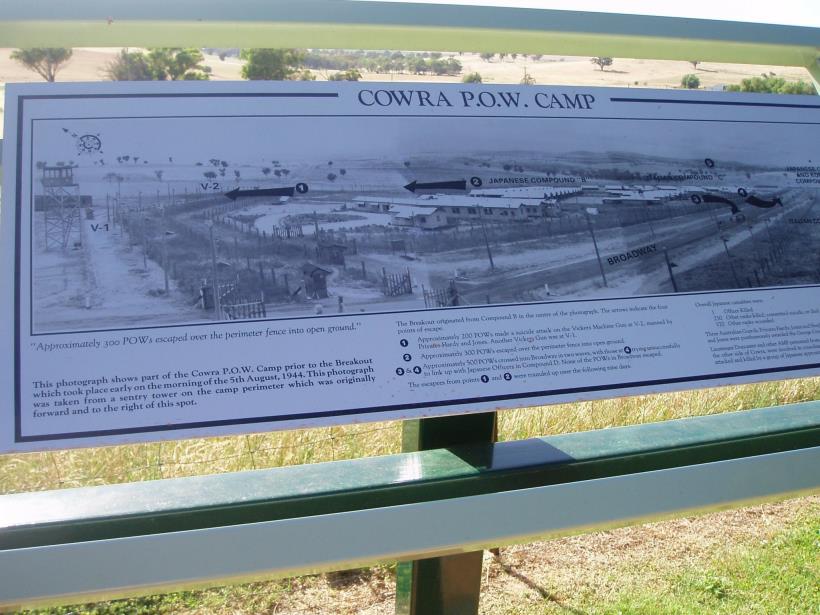 This site is listed as one of the Top Heritage Sites in NSW. In 1944 over 1000 Japanese Prisoners of War (POW) staged a mass breakout that was the biggest in British and Australian War History. 231 Japanese POW and four Australians lost their lives during the breakout. A walking trail goes through the camp ruins and a scale model of the camp is on display at the Cowra Visitors Centre. Also at the Visitor Information Centre is the P.O.W. theatre which is a nine minute presentation telling the story of the breakout from the perspective of a local resident.