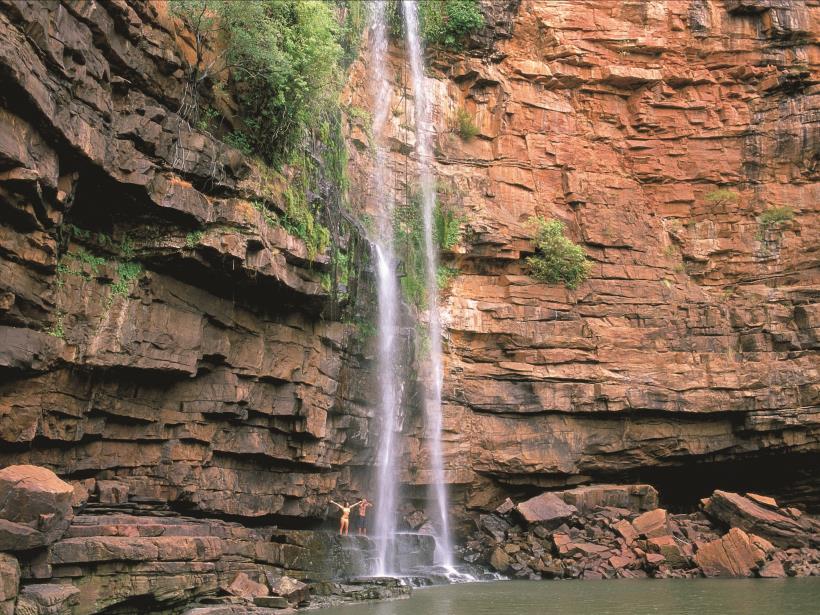 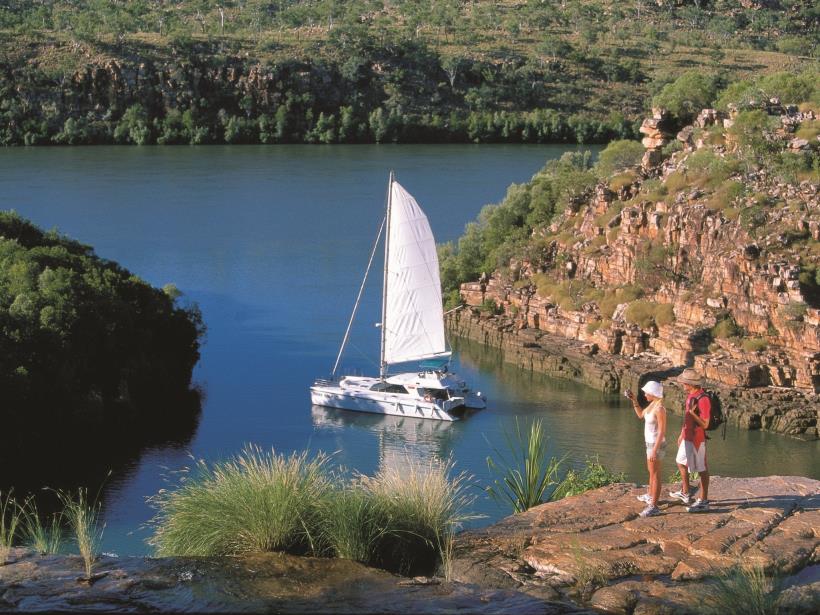 The remote Prince Regent River in the East Kimberley is a pristine waterway that cuts through sandstone cliffs and gorges. The river offers spectacular scenery – in some places it runs entirely straight through the Pitta Gorge between near vertical cliffs. It’s a popular place for Kimberley cruising safaris which journey along the river to see some of its stunning attractions including the terraced rock formations of Kings Cascade waterfall. The Prince Regent River area contains some of Australia’s most spectacular coastal scenery, with sandstone cliff lines falling directly to the sea. It’s also home to an abundance of ancient rock art, as well as Jabiru and Magpie Geese which can be seen on the tidal flats in many of the inlets. The best way to access the Prince Regent River is by a prearranged boat or air tour from Kununurra or Broome.