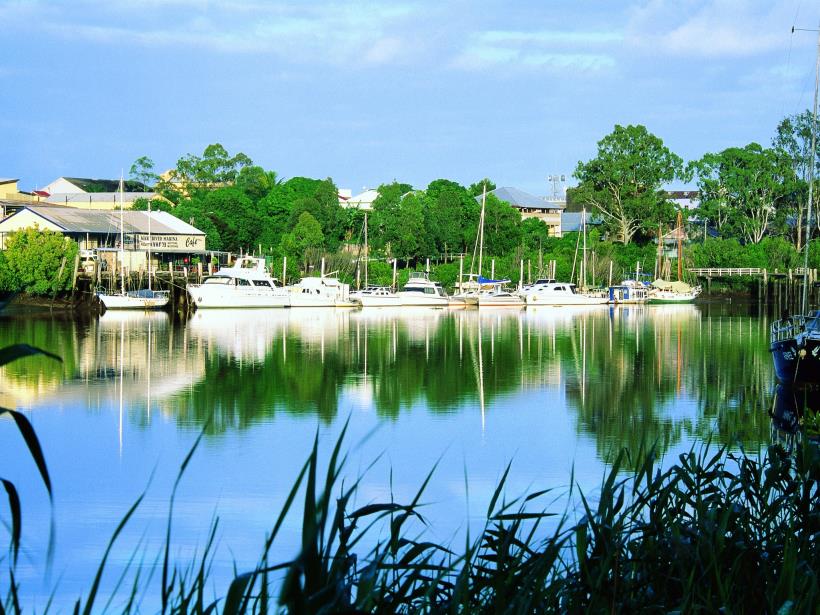 The marina also known as the Port of Maryborough is home to the last remnants of originals wharfs and is a must see for those visiting. A deeper site was selected to replace the first shallow port of Maryborough which was located upriver at the original township. Wool, tallow, hides and timber were exported through the busy port and many coastal vessels brought supplies for the settlers. At one time the wharves stretched from the far end of Queens Park to beyond the Granville Bridge. Between 1859 when Maryborough was declared an official Port of Entry and 1901, more than 22000 immigrants from Great Britain and Europe entered Australia through the port. Ships also brought Kanaka labour from the South Sea Islands to work on local sugar plantations. Ship building and repair industries added to the liveliness of the port. The derelict sheds behind the marina are remnants from the site of the Walker Shipyards which closed in 1974.