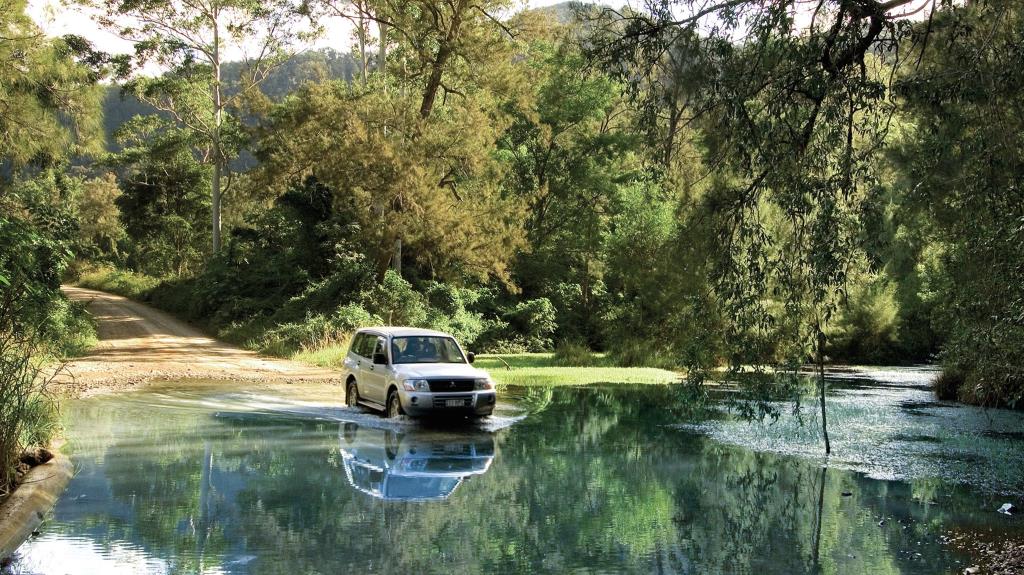 Conondale, like many rural towns in South East Queensland, is pretty. The town might be a great spot for a chance to catch your breath during what is a very scenic drive but there is something about Conondale that is as subtle as it is magic. When travelling from Maleny, Conondale is the first opportunity to take a close-up and easy look at the river that gives its name to the valley through which it passes - the Mary River. Just near where the Maleny-Kenilworth Road crosses the Mary River, Fritz Park offers the chance for a picnic and time to contemplate exactly why this little village is so special. Conondale is distinctive because of its proximity to the rugged beauty of the range to its west called the Conondale Range. Within the Range a national park called Conondale National Park is an unspoilt and undeveloped park of harsh beauty. Conondale National Park protects important remnants of grassy open Eucalypt forest, tall wet sclerophyll forest and subtropical rainforest that once covered large areas of the Sunshine Coast hinterland. The park is the central undisturbed core of an extensive area of forest reserves in the Conondale Range and an important refuge for many rare and threatened animals, including the Mary River Turtle, which, until recently, had not been discovered. It is important to remember that this park is suited to very experienced walkers only. The turn off to the national park is about 15 kilometres north of Conondale at Sunday Creek Road. The turn is marked by a pretty park called Keith and Ivy Boon Memorial Park.