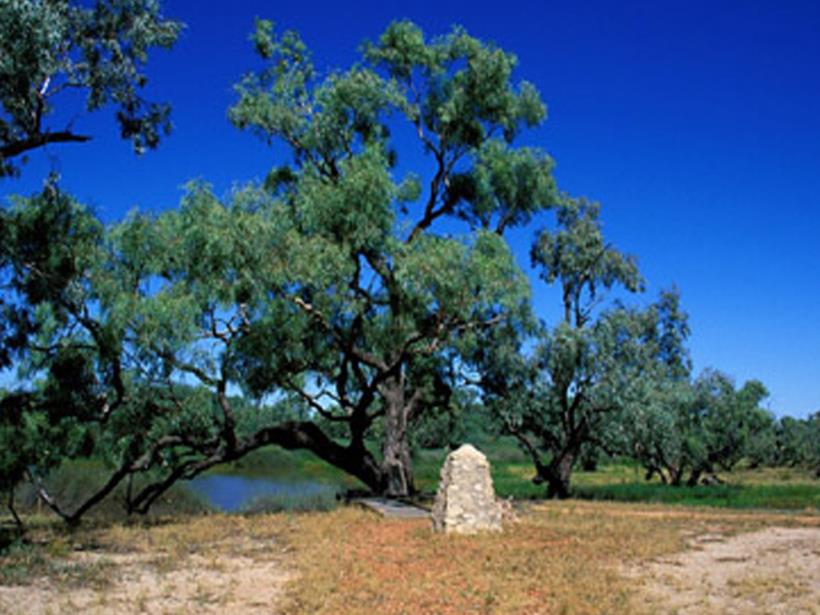 Comet is located in the Central Highlands, 39 kilometres east of Emerald on the Capricorn Highway. Comet was established in association with the westward development of the railway line from Rockhampton. The town was named after the 'Comet River' which runs close to the township. The river itself was named after Ludwig Leichhardt's observation of Haley's Comet in the skies during his travels through Central Queensland in the late 1800's. Here you can see the tree trunk that Ludwig Leichhardt marked with 'Dig' during his exploration of the region in 1844. 'Dig' indicated to those who followed that he had buried food and journals in this spot. The small rural town is also a service centre for the local farming community.