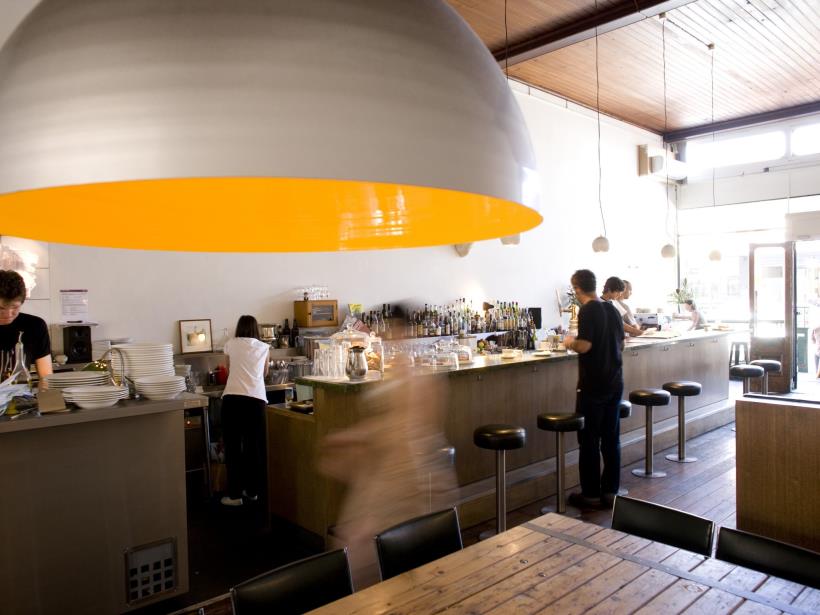 It's mandatory to have a good time around Collingwood and your attempts are aided by ever-increasing numbers of bars and restaurants, making it consistently one of Melbourne's top dining and bar-hopping suburbs. Eat until you're told to stop at Cavallero, Wabi Sabi Salon, Panama Dining Room, Huxtable, Gigibaba, Easy Tiger or Jim's Greek Tavern. Find an old-school, no-nonsense pub for a counter meal and a pot of beer. It's close to impossible to get a bad coffee around Smith Street, with a host of cafes placing equal emphasis on sourcing their beans, designing their space, and serving great food. Try Proud Mary, Cibi, Mina-no-ie or South of Johnston. Collingwood leads the way when it comes to supporting artist initiatives and small galleries. Take a walking tour around Lamington Drive, Fehily Contemporary, 69 Smith Street and Compound Interest. Serious art aficionados must visit Australian Galleries, Ochre and Catherine Asquith. Chance upon a performance or exhibition at Collingwood Underground Theatre, set in an abandoned underground carpark. Try to get along to the iconic The Tote to see a live band at least once. You can also hear live music at Yah Yah's and the Grace Darling. Shopping in Collingwood is guaranteed to yield both bargain and one-off design piece. There are factory outlets flanking Smith Street; specialty design stores; designer and vintage furniture; Japanese curios; and rare records. Collingwood is less than three kilometres from the city centre and is easily reached on foot or by taking the number 86 tram from Collins Street.