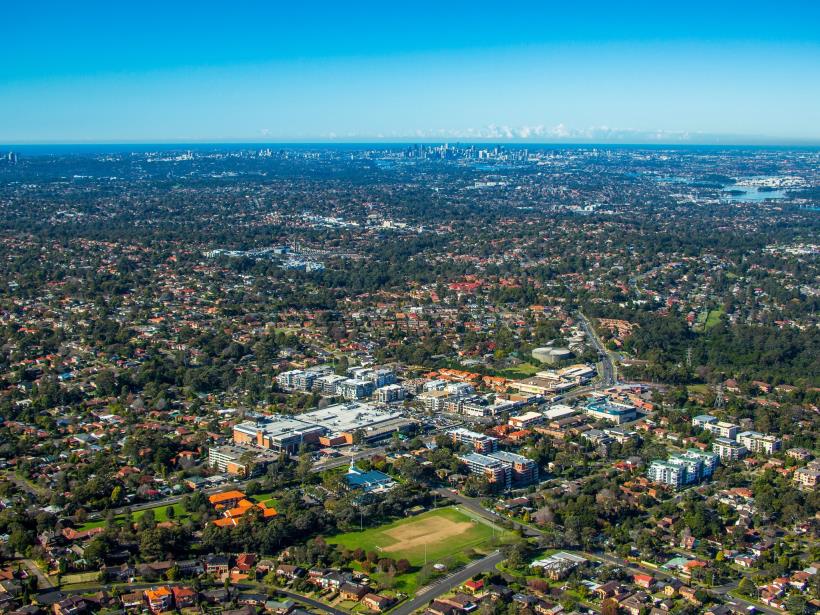 Carlingford is located approximately 15 kilometres northwest of Sydney in the Shire of Baulkham Hills. In the early years of European settlement the area was known as Mobbs Hill after William Mobbs an early settler. Carlingford probably received its name to honour Lord Carlingford who was Under-secretary of State for the Colonies from 1857 to 1860. His title is associated with the town of Carlingford in Ireland. The name was suggested by Frederick Cox who heard one of his employees describe the similarities between Mobbs Hill and the scenery of Carlingford in Ireland. Residents voted for the name in 1886. Carlingford is an attractive suburban destination comprising two shopping centres, restaurants, a variety of accommodation and it is located within easy reach of the city via the M2 Motorway. The town also has a railway station and bus networks providing access to the city and Parramatta.