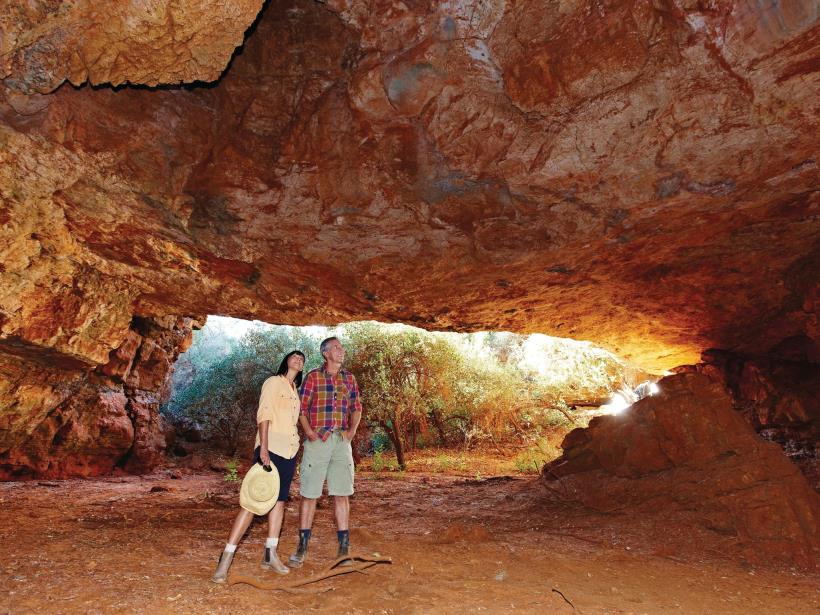 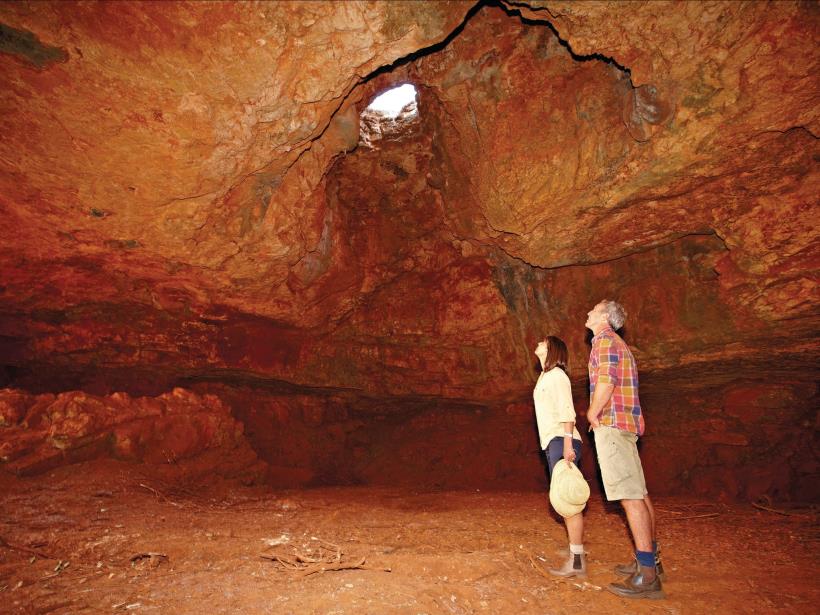 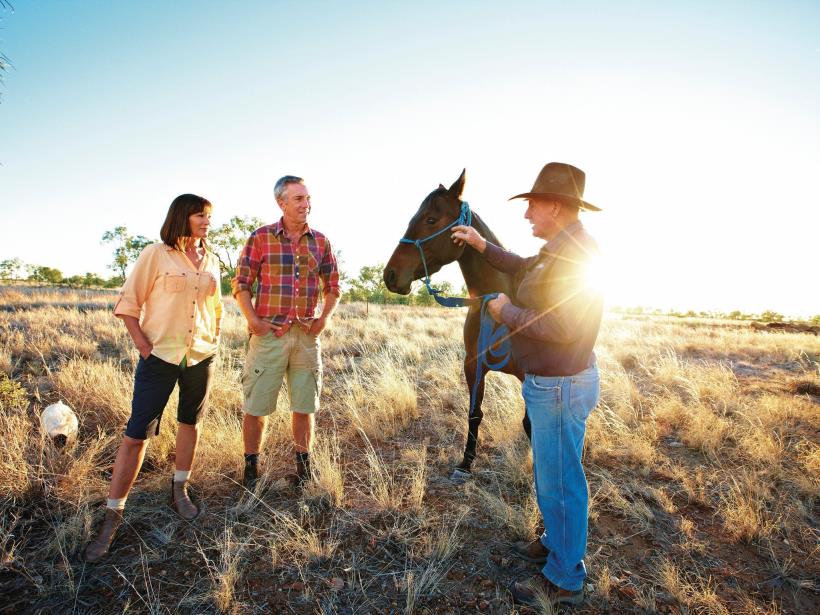 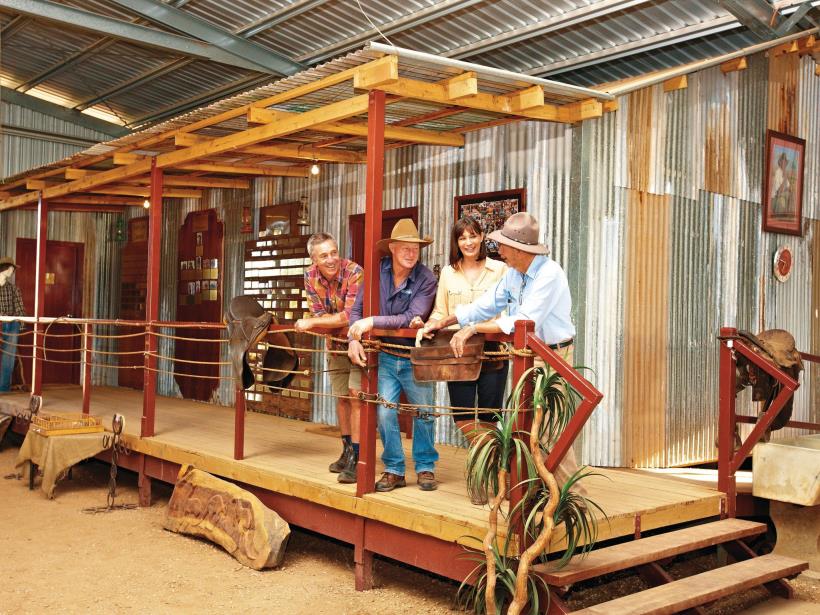 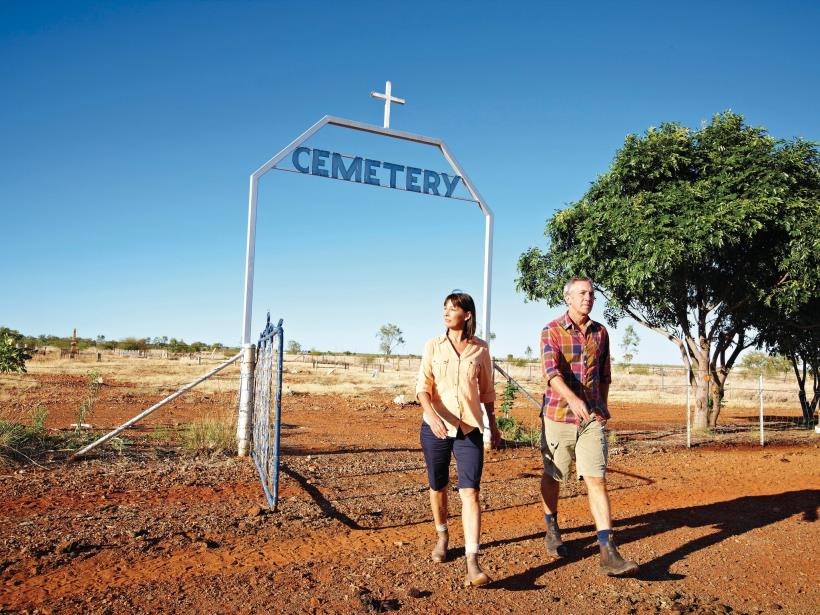 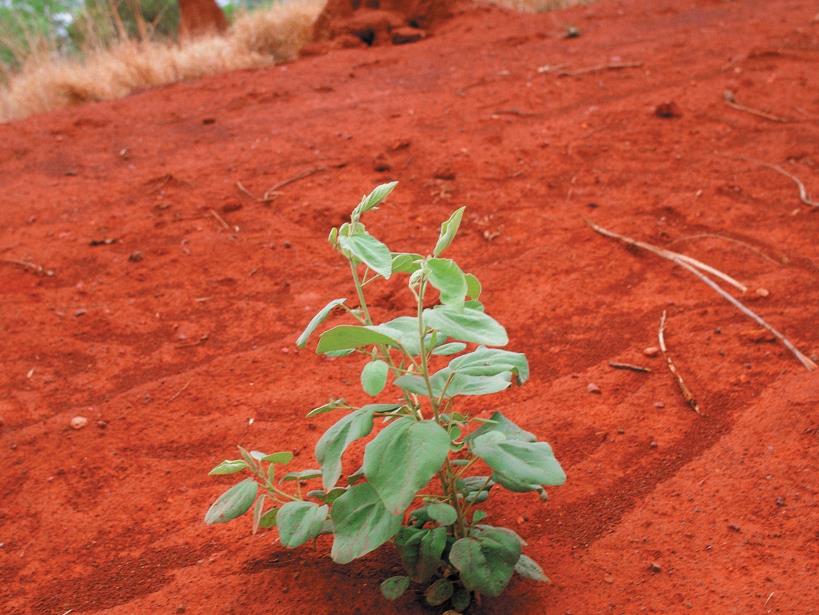 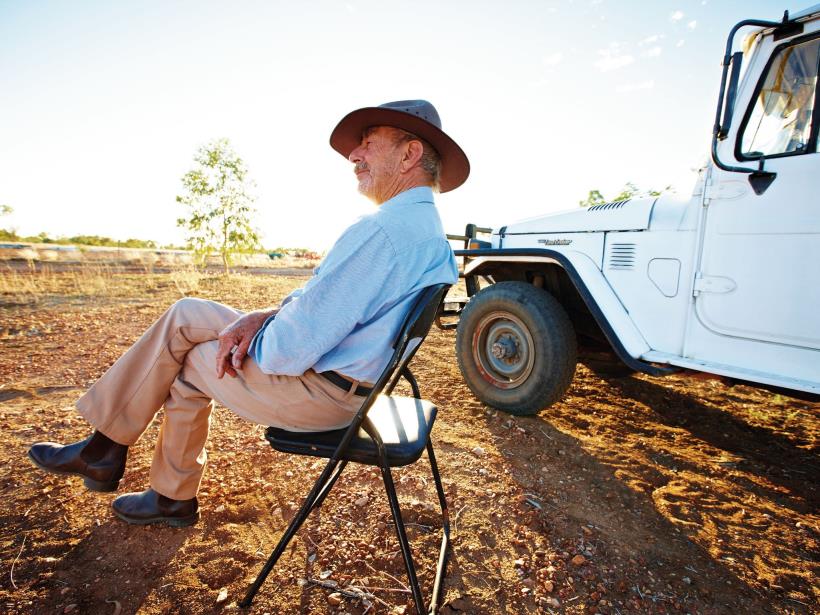 Camooweal is located on the Queensland-Northern Territory border, 330 kilometres south of Burketown, 188 kilometres from Mount Isa and 440 kilometres from the Stuart Highway in the Northern Territory. Camooweal proudly declares itself 'Gateway to the Northern Territory/Queensland'. The road from Mount Isa to the town, known to locals as 'Tojo's Highway', was built during World War Two with American funds and was originally designed as a link between the southern states and the theoretical 'front line' in the Northern Territory. The explorer William Landsborough was the first European to pass through the Camooweal area. At the time (1862) he was looking for Burke and Wills. His reports led to the area being settled by pastoralists but it wasn't until 1884 that the town of Camooweal was gazetted. It grew as a service centre for the surrounding properties but the growth of Mount Isa meant sustained growth was not possible. Camooweal is now considered a 'suburb' of Mount Isa, such is the vastness of the region, and the huge jurisdiction the Mount Isa City Council operates. The Barkly Highway between Mount Isa and Camooweal is considered the longest main street in the world at 188 kilometres long! The Camooweal district is honeycombed with rare sink holes and caves, dating back to the Cambrian Period, about 500 million years ago. Those visitors experienced in serious caving will discover a whole new world beneath the Camooweal region. Camooweal is home to the Drover's Camp Festival, held every August. While in Cammoweal visit The Barkly Tableland Heritage Centre, Freckleton's Store, Cammoweal Caves National Park, Camooweal Cemetery and the Drovers Camp Information Centre.