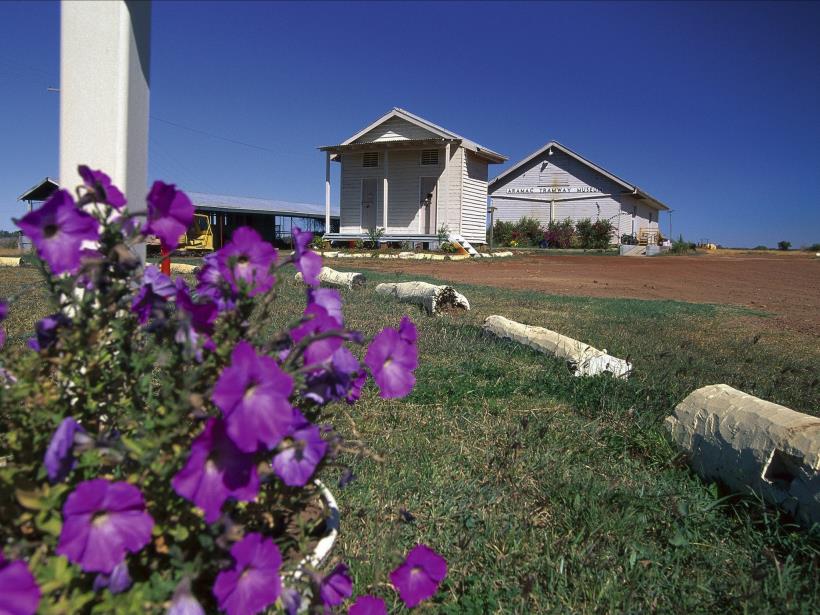 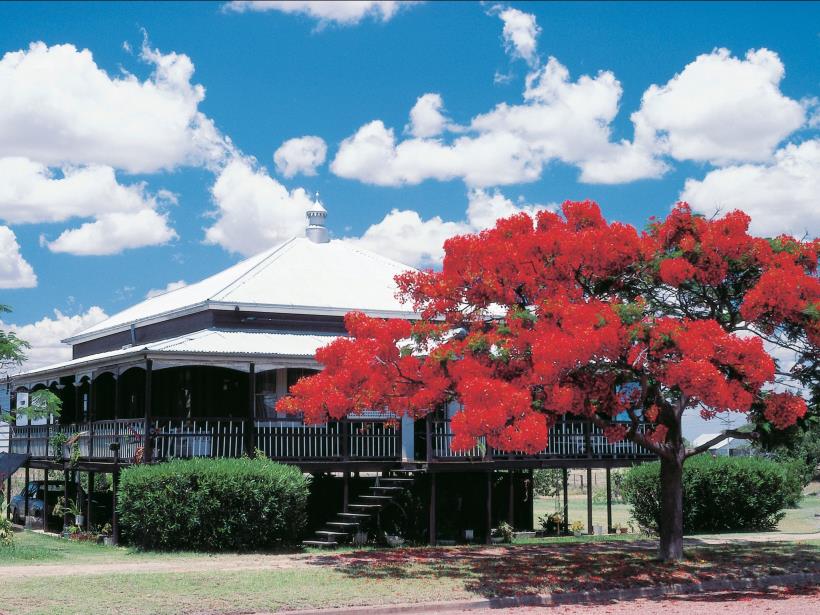 Aramac is one of the oldest towns in the central west and steeped in history. Originally known as Marathon, their town was later renamed after Robert Ramsay Mackenzie - the first explorer to the area who carved his name (R R Mac) on a tree. The tree was found by the explorer William Landsborough and the name Aramac was born. The district was one of the biggest wool producers in Australia but it's the history of their local cattle industry that has made Aramac famous. The infamous Harry Redford (Captain Starlight) was a drover and cattle duffer who stole cattle from the Aramac area and drove them to South Australia. Among the cattle he stole was a white bull from Bowen Downs which nearly proved to be his undoing. Harry faced court in Roma, Queensland on cattle stealing charges after the white bull was recognised by staff from Bowen Downs. The story of his daring escapades has been retold in many forms but in Aramac they have their own way of celebrating this historical event. There is a statue of the white bull in Gordon Street and each year visitors can join the droving trip to celebrate Aramac’s connection to Harry. The Harry Redford Interpretive Centre contains information about the fascinating story of Harry and his cattle duffing exploits and photographs from the Harry Redford Cattle Drives. The Aramac area is a great region to explore and get off the beaten track. Aramac’s wonderful natural attractions include Lake Dunn, Gray Rock and Horsetailer's Gorge. Make a stop at the Gray Rock Reserve and Horsetailers Gorge where Cobb and Co. stopped and spelled their horses, or join in the Artesian Country Tours to see Gracevale Caves and Mailman’s Gorge with the region’s most recognised historian, Tom Lockie. Learn the story about etched images of strange six-toed human footprints and the Central West’s own Rainbow Serpent imprinted on the sandstone walls. While in Aramac visit the Aramac Tramway Museum which contains memorabilia from the early years of settlement, the most famous piece is the resorted ‘Aunt Emma’ RN28 Rail motor.